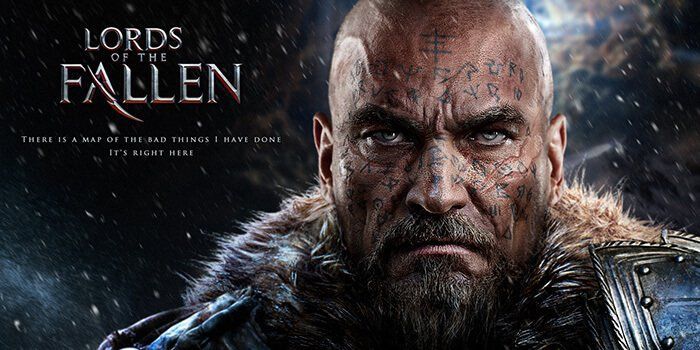 * INSTANT DELIVERY IMMEDIATELY AFTER CONFIRMATION OF YOUR PAYMENT *

After payment of the order, the system automatically (without us) instantly send you a link to the post office to access the activation key, the official game - Lords Of The Fallen Limited Edition

The composition of the Limited Edition includes: ◄
- Monk´s Decipher Quest DLC. Immerse yourself in the history of the mysterious Kistonskogo monastery, said in an exclusive setting Monk´s Decipher Quest, and retrieve a magical artifact - a compass that helps to find hidden things and secret rooms.
- Demonic Weapons DLC. Set weapons, including a sword Ihir, equally well suited for attacks, and to repel attacks, treacherous daggers Margyr, and the infamous Hammer Thenk (translated from adalukskogo "thief") that with each stroke pulls magical energy.
- Set Lionheart:
* The Courage Armor ( «Armor of Valor"). This armor skillfully forged blacksmith experienced and decorated with roaring lion heads - symbols of true courage.
* The Scream ( «Scream"). Human hands were able to create a few weapons, which can be applied to the runes, thereby increasing its power. This formidable hammer - is just such weapons.
* The Lion´s Head ( «Lion´s Head"). This shield is designed for nanheymskoy guard, known for his bravery in battle. The soldiers use it to form invincible system. The most powerful men may reflect the "lion´s head", even deadly blows rogarskih overlords.

Activation:
- If you do not set the Steam client, download and install it.
- Log in to your Steam account or register a new one if you do not already have it.
- Go to the "Games" section and select there "Activate via Steam».
- Enter activation key.
- After that, the game will appear in the list, and you can download it.